FROM BEING THE “ESSENTIAL” IN ROMAN HOMES AND KITCHEN TO THE “SECRET INGREDIENT” IN CLEOPATRA AND QUEEN VICTORIA’S BEAUTY REGIMEN AND THE MAGICAL HERB THAT MADE TURDOR’S CHRISTMAS FEAST, ROSEMARY’S JOURNEY FROM A MEDICINAL HERB TO A CULINARY ESSENTIAL HAS BEEN PHENOMENAL. BY MADHULIKA DASH 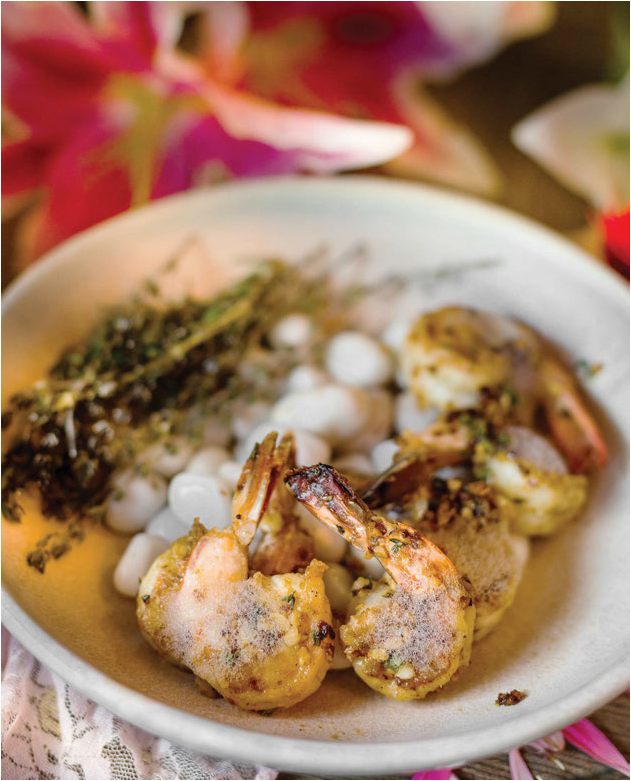 FOR A LARGE NUMBER OF CULTURES AROUND THE WORLD, rosemary is a synonym to celebrations. It takes a smidgen of this perennial herb to perk up any dish – be it lamb, seafood, vegetable or simple potatoes. In fact, it is the interesting flavour profile, which ranges from mint-sweet-to earthy-astringent and then bitter, that makes rosemary such an exciting herb to work with for the chef. Or as Chef Paul Kinny (Director- Culinary, The Phoenix Mills Limited) describes, “A flavour palate that can be re-tuned for an exciting taste profile.”

Agrees Chef Abhishek Gupta (Executive Sous Chef, The Leela Ambience), who uses rosemary infused oil, butters and salt to give his dish that interesting, noticeable twist, without overpowering them. “The thing about rosemary,” says Chef Kinny, “is its flavour strength – it can easily overpower any other herb, including mint, its distant cousin. And like all powerful spices, rosemary too does a great solo performance than in pairs. But that doesn’t mean it cannot pair with any other spice. What it needs is a little mollycoddling. That is where a chef’s ingenuity comes through.”

An excellent example of this is Chef Gupta’s Rosemary and Maraschino Cherries Pound Cake. What makes it interesting isn’t just the slight unconventional pairing of fresh cherries, rosemary and buckwheat, but the subtle sweet, woody flavours of the herb, which makes every bite a delight. The trick to achieve this, says Chef Gupta, “was the rosemary infused oil. This enables you to use very little of rosemary to give the desired effect.”

Infusions, adds Chef Sabysachi Gorai (Owner, Mineroity By Saby), “is a very clever way of using any powerful herb given that it is a slow process of gradually extracting all the interesting aromas from a herb, especially with rosemary that can go from woody to bitter within minutes.” Chef Gorai has been using rosemary to give that interesting twist to his meats, and as a basting in some of his a la plancha dishes. “It works amazing with tubers and root vegetables as it beautifully accentuates that different woody aroma and can just enhance the dish with a light drizzle or basting.” However, the one usage of the herb the culinary wizard is very fond of is in casseroles. “Just a pinch of rosemary (fresh preferably) and you can be assured it tastes brilliant.” For Chef Navin Kumar (Executive Chef, Radisson Blu Paschim Vihar), rosemary is an elevating herb. “Rosemary is a herb that needs to be worked on, but once you know how it plays out, it can be your wondrous spice, especially when it comes to giving certain subtle dishes that extra memory palate.” 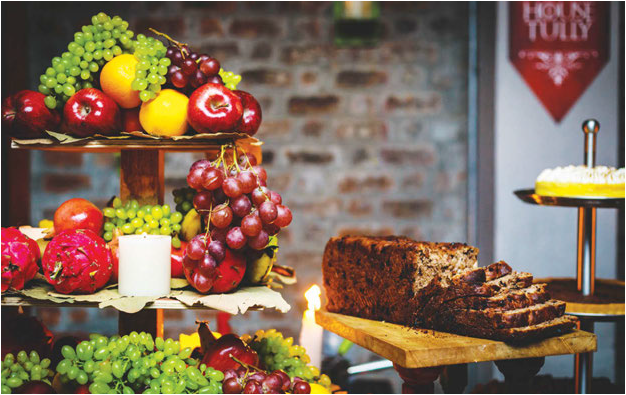 The Roman’s favourite herb works even for Rajasthani cuisine expert Chef Aksharaj Jodha (Executive Chef, WelcomHotel Heritage, Jodhpur) when it comes to retweaking a dish for a certain kind of audience. “Unlike its usual perception of being a difficult herb to work with because of its strong notes, rosemary in fact works with many rustic dishes, relevant to different platters. Take the case of the Junglee Maas – a dish made of mutton, chillies, salt, turmeric and ghee/oil. Add rosemary to it, just a few leaves, and it just turns the dish into a palate fest while effectively masking the slight meat aftertaste. ”

Concurs Chef Deepankar Khosla (Co-owner, Karma Kismet), who even though feels that rosemary isn’t the match for Indian cuisine – “not in the conventional sense at least, can be an interesting herb for interesting interpretation.” For Chef Khosla, rosemary has worked well to up the quotient of Tangdi Kebab. And the reason for this, says the talented chef, “is marination, which is usually spice-heavy and earthy. Here the addition of rosemary – as a fresh herb or in oil – can create a contrast. The festive aroma of course comes as an added bonus.”

The dual act of elevating a dish and masking the negatives, while creating a new taste profile in a dish, says ChefVikas Seth (Culinary Director, Sriracha), “ is one of the many reasons make rosemary – a herb which till date was known as the European Tastemaker – one of the sought-after spices today for most chefs, who use it in a variety of ways ranging from flavouring a mild sauce to perk up the earthy dishes and even to add that element of surprise in dessert for their cuisine.”

For Chef Seth, rosemary has been a great winter addition to their Mexican roast and for the dumplings, where he pairs it with an interesting assortment of sweet seafood and lamb. In fact, adds Chef Seth, “rosemary goes really well with the starch used in dumplings. It is a matchmaker between meat, tuners and citrusy fruits, especially sweet lime. And thus opens the platform for creating sweet-savoury dishes.”

The lime and rosemary pairing also finds room in Chef Amninder Sandhu’s (Executive Chef, Arth) purely Indian menu as well, but, cautions the award winning chef, “only in the form of experimental dishes.” Case in point: the Beer Glazed Prawns with Rosemary. 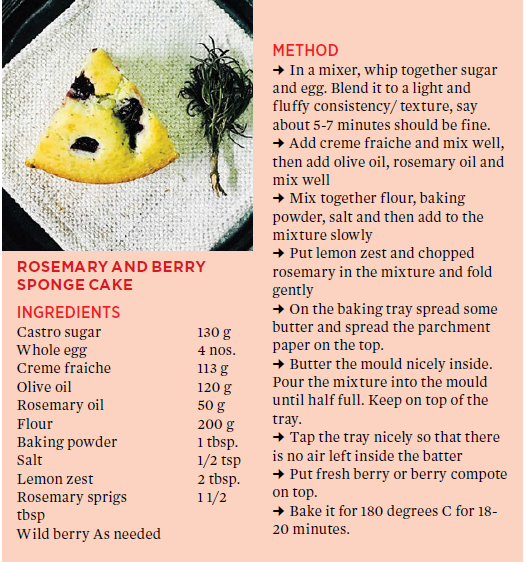 “The role of rosemary here is more as a balancer of taste, given that the dish is heavy on the earthy-woody flavour. Of course, what it lends to the dish is bit more than just the aromatic, taste profile – it also ensures that the notes are intact for a long time so the dish is enjoyed from the first bite to the last.” Interestingly, it is the astringent nature of rosemary that not only makes it a darling of the culinary world, but of the bar too. Especially, says head bartender Aman Dua, “when it comes to food inspired cocktail. Like the rosemary-sweet potato whiskey cocktail we serve at Philtre. “Called the Krater, it is an ode to the basic elements that make the earth. It replicates the taste profile of the iconic rosemary sweet potato mash with the smoothness of whiskey.” Adds Dua, “I use dry rosemary to create an exotic flavour foreplay between the sweet-earthiness of sweet potato, and the nutty- floral notes of the whiskey.” No wonder, Sir Thomas More called rosemary the sacred herb of remembrance.

THESE ARE A FEW OF MY FAVOURITE THINGS